AFTER AUSCHWITZ by Howie Good

To write poetry after Auschwitz is barbaric. – Theodor W. Adorno

We were taken off the train at night. “What are those bonfires?” I asked. A sarcastic male voice said from out of the dark, “You’ll find out, child.” It felt like I was on a bridge and there were two or three heavy trucks and the bridge was rocking—but there were no trucks. Even cows wondered what was happening. At one point we seemed to be following Beethoven’s footsteps through Vienna. Although democracy was dead, women and young girls were smashing jars of blood on the sidewalk in a ritual protest. Temporary deities would later tell us many other horrible things while machine guns swept the streets.

“Last name?” the woman behind the counter asks, eyes on the computer screen, hands poised on the keyboard. “Good,” I say. She hesitates for half a second, then asks, “How do you spell that?” My body trembles like it’s not under my jurisdiction anymore. Meanwhile, Marlene is resting at home with a beer and the dude that shot her whose nickname is Rabbit. It has nothing to do with forgiveness. It’s simply that one person in six has never heard of the Holocaust. Freud said dreams are the day’s residue. I think of it sometimes when I see Nazis marching into Poland on the History Channel.

All day and all night the air is thick with smoke that smells like burning hair. The men in authority, when confronted, can’t explain it. They don’t even try; they just gesticulate in front of the cameras. You live in fear of losing a crap job and never finding another near as good. I’m watching an emerald-throated hummingbird at the feeder so I don’t have to deal with all the bullshit. I don’t want to make this sound worse than it is, but there isn’t a lot else happening, just these assorted crises, each at a different point of unfolding. It’s an intricate universe. Heartache is everybody’s neighbor.

Howie Good is the author most recently of Stick Figure Opera: 99 100-word Prose Poems from Cajun Mutt Press, What It Is and How to Use It from Grey Book Press, and Spooky Action at a Distance from Analog Submission Press. He co-edits the online journals Unbroken and UnLost. 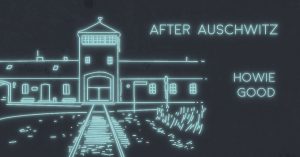 Read Next: ARBORIST by Lanny Durbin