THE WILHELM SCREAM by Gregg Williard

Before her senior year of high school she spent every day of the sweltering summer on the side porch of her parents’ house writing an essay on existentialism while her little brother, back to her and arms outstretched for balance, inched past the windows outside, wobbling on a ledge no deeper than his heels until he lost his balance and plunged, screaming, into a sea of lava five feet below, then climbed up the drain pipe and did it again, all morning, every morning: inch along the ledge to Kierkegaard, lose balance to Heidegger, wave arms to Hegel, scream piercing terror to Dostoevsky, plunge to lava sea with Sartre, climb up the drain pipe with Nietzsche, then inch along the ledge with Kierkegaard, again.

Years later in bed she reenacted the scene (and the sound that had haunted her for years) for her first husband Thomas (the man who showed her she was a writer, and later, that she was nothing at all). Thomas the Cinephile swore her brother’s movie scream actually had a name: “The Wilhelm Scream,” a stock sound-effect used in more than 200 films, originating in an early ‘50’s western titled Distant Drums, wherein a Private Wilhelm, that first screamer, dives to his death clutching an arrow in his chest with that distinctive yelping shriek she thought belonged to her brother alone.

Thomas played the wiki sound file for her. He was right (always, in those days). 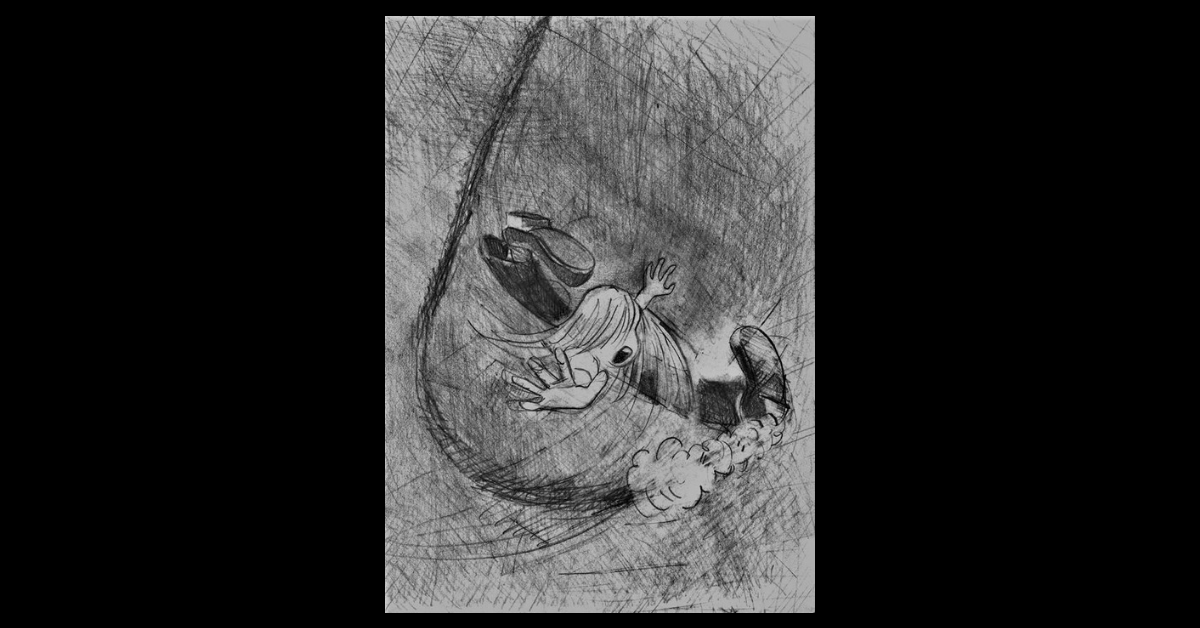 Read Next: THE FLASH FLOOD by Gregg Williard