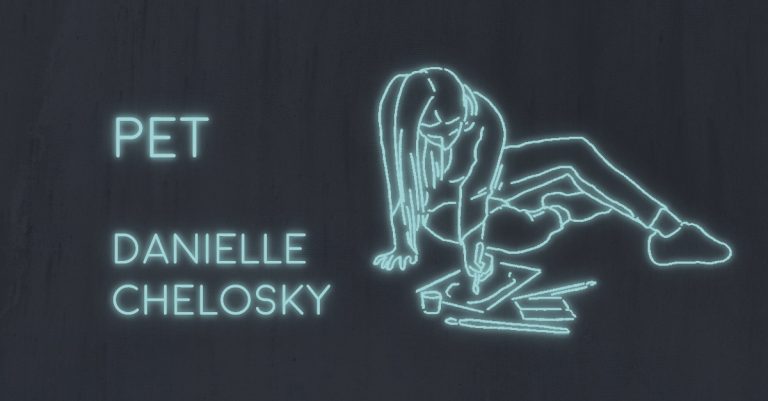 The night we met, I showed up at your apartment with fishnets shoved inside my bag. I was too nervous to wear them as I walked from my car to your door. I got catcalled three times anyway. Catcalling is really bad over here, you told me while we ascended the stairs. You took the lead; I followed timidly. I couldn’t take in your apartment as we stepped inside because I had too much going on in my mind. Your room, though, came across as beautiful—the light soft and careful, your bed sheets floral and muted, your walls white with 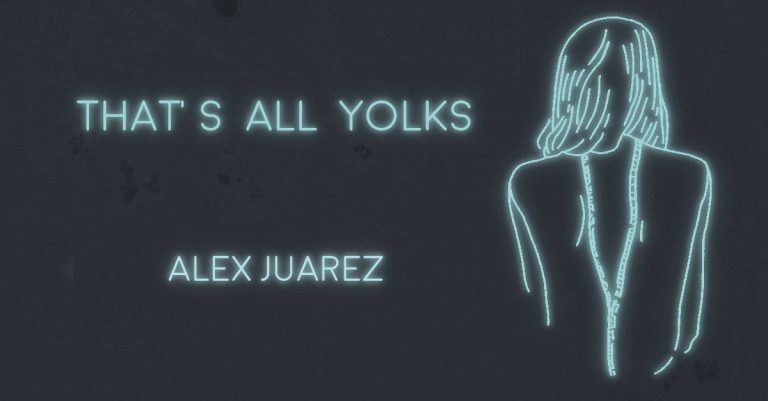 THAT’S ALL YOLKS by Alex Juarez

I think about crawling into Arizona’s skin. It would be easiest to go through her eyes. A few years ago, I read an article about a girl who while on meth performed self-enucleation. Her pastor found her screaming, “I want to see the light,” while holding her eyes in her hands. I don’t want to hurt Arizona, but I think if I could slip inside, we would be easier. Before our alarms go off, she has a headache, so she presses her palms against her face and groans. I mirror it to make her feel like our emotional bond is 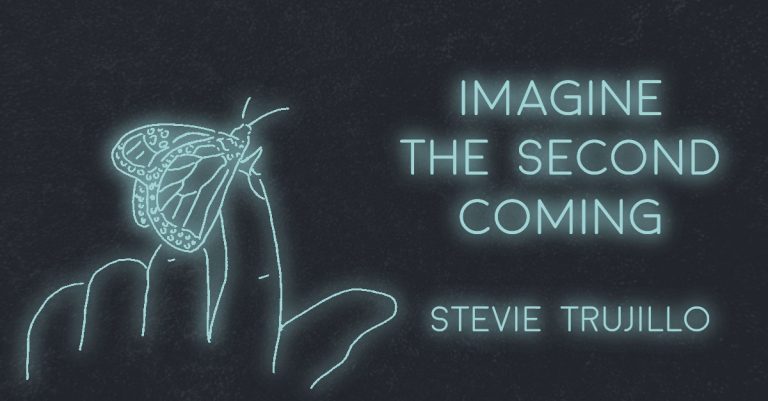 Silencio, our guide whispered.  Just then, we were ambushed by hundreds of orange bursts, swirling and darting in every direction, while thousands more blossomed in the pine branches overhead. The sound of their powder-thin wings fluttering so close to my ears tickled the back of my neck, like angel whispers. I raised my shoulders and giggled.  Adult Monarchs normally live three to four weeks, but the ones that migrate south are part of a special generation born towards the end of summer, called the Methuselah. They live seven or eight months—about nine times longer than the average lifetime.  Imagine living 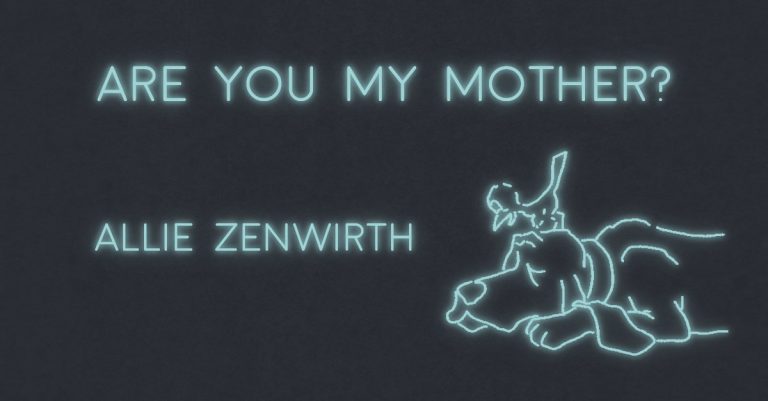 ARE YOU MY MOTHER? by Allie Zenwirth 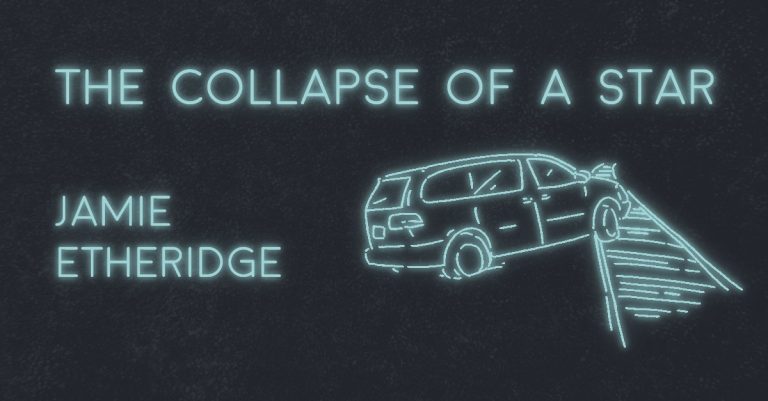 THE COLLAPSE OF A STAR by Jamie Etheridge

We sit in the van parked on the railroad tracks not knowing if the train is coming, or if you are going. You want to die. You said so and we believe you. Momma cries out, “Bill, please,” over and over and we wait, inhale then hold, for you to decide.  It was always like that. Random moments of drama; life or death, on the side of the road. That time in Texas in the middle of the worst blizzard in thirty years. The truck’s engine exploded and we were stuck, freezing, as semis whooshed past on the highway and 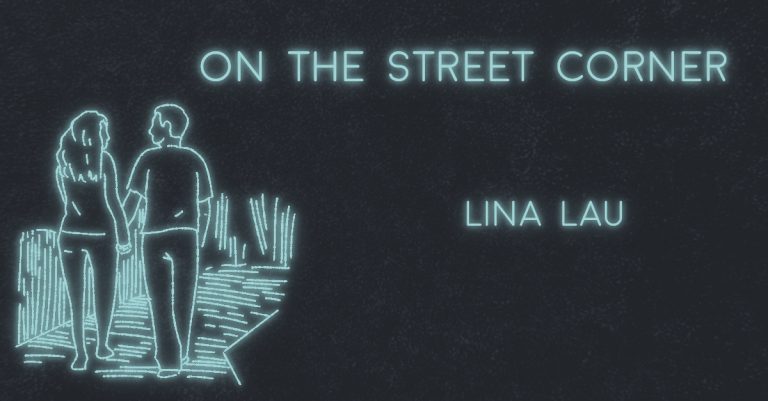 ON THE STREET CORNER by Lina Lau

To see him again—tall, lean, crinkling eyes, thin lips tugged into a smile, always dry from working outside high up in the trees, a ‘tree doctor,’ he called himself—my stomach drops like it did when we first met at seventeen, him walking into the shoe store where I worked, later returning to ask me out, the first time picked up by a boy meeting my parents and we strolled the boardwalk in and out of circles of lamppost light, illuminating, fingers intertwined, his large hands enveloping, and now two decades later on the street corner in front of his parked 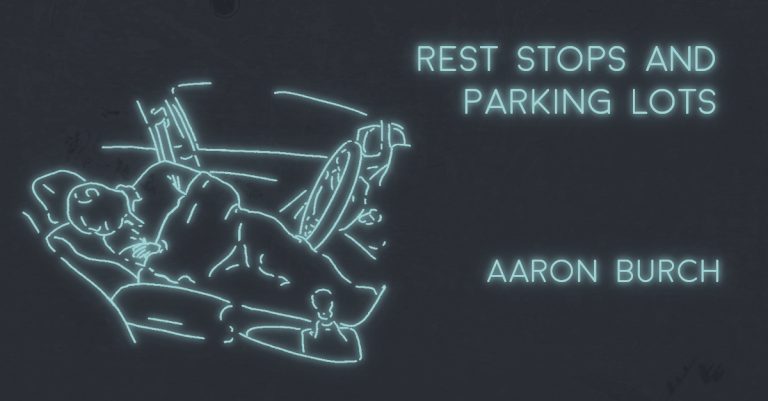 Because I didn’t want to pay for a hotel. Because I could afford to pay for a hotel, but it seemed like a waste. Because, as much as I enjoy sleeping in and then being lazy and watching TV in bed, I wanted to get up and moving and on the road as soon as possible. Because I’d paid for and slept in a hotel the night before, and I’d do so again the night after, and I thought a night in my car would both save me a little money and make me appreciate the nights when I did get a hotel. 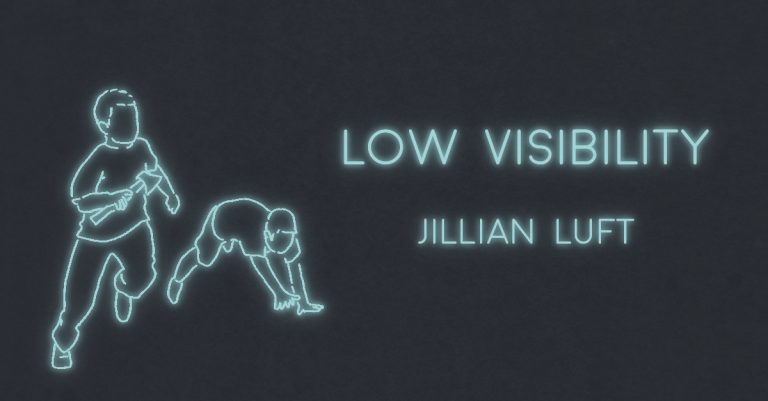 We’re in a blizzard, the sheer white of it haloing our Nissan Maxima as we careen across the northeast interstate, miles and miles away from the tropical green swelter of our backyard, the cicada buzz of Florida. Starting somewhere in New Jersey, the weather blots out the roads, swallows exit signs, engulfs my parents, younger brother and me in its silent magic. Our burgundy sedan skidding slightly as our mouths open in unison to the light falling soundlessly outside. For the first time in our lives, we feel like the lucky ones. Sole witnesses to a quiet miracle, a record-breaking 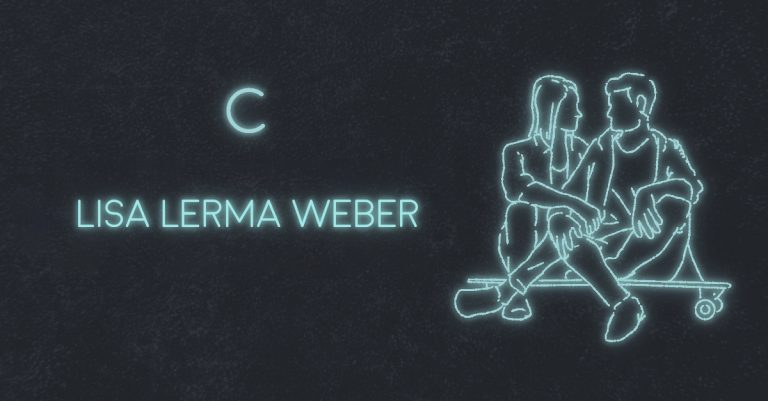 It was another sweltering summer night in our godforsaken little town, the odor of cow dung and hay heavy in the air. My maroon Ford Escort was sitting in a dimly lit corner of the McDonald’s parking lot, a bunch of misfits standing around it, trying to figure out what trouble to get into. You and I were lying in the trunk next to a pile of scratched and scuffed skateboards. I turned towards you and smiled. You smiled back. You were always smiling, something I liked about you. We leaned into each other, our lips meeting for a brief 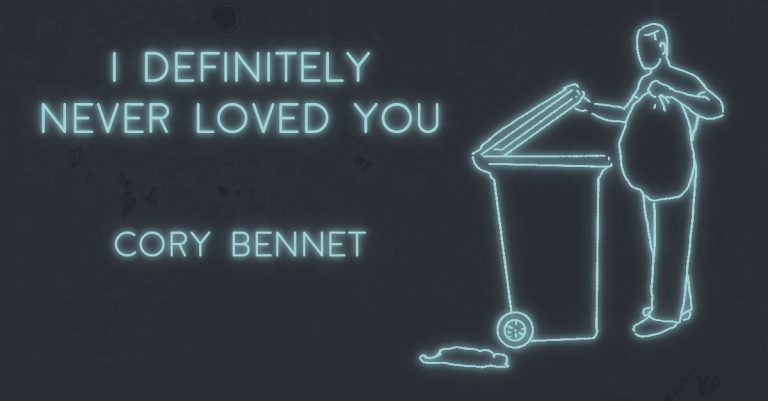 I DEFINITELY NEVER LOVED YOU by Cory Bennet

It’s that time of year when California burns. It will peak in the Fall when the shadows begin to grow longer. There was a lightning storm across the Bay Area last night and fires today and ash falling from the gray sky. My knee is torn up from skating but I’m restless tonight so I cruise the neighborhood inhaling the poison air.  Once the fire had torn through my parents’ neighborhood, we tried to return but the cops had all the roads closed. My stepdad knew a way through an orchard. We came upon the house and it still stood.