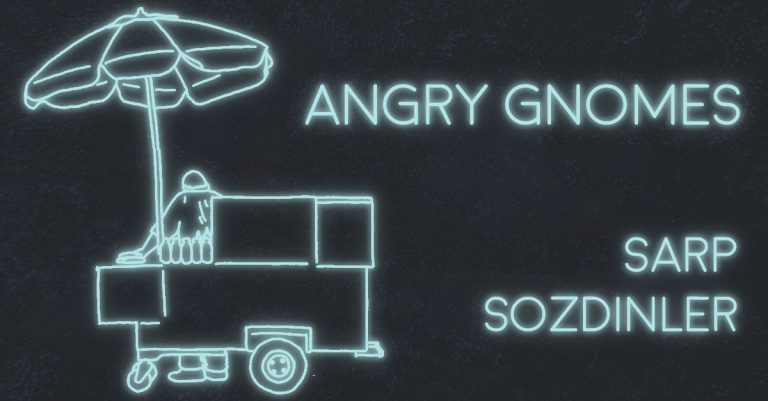 “What can you do?” The hot dog vendor sighs from behind the mist of steam. He fishes for a stick of sausage and then plops it on the sliced bread. “New York is a falling city.” Never before has June given the street talk any credit, that New York is this kind of place or that. The signs have been following her since she moved downtown over a year ago, but she often chooses to look the other way. Avoid it or not, those cream and mustard stains in the vicinity of hot dog carts and ice cream trucks aren’t 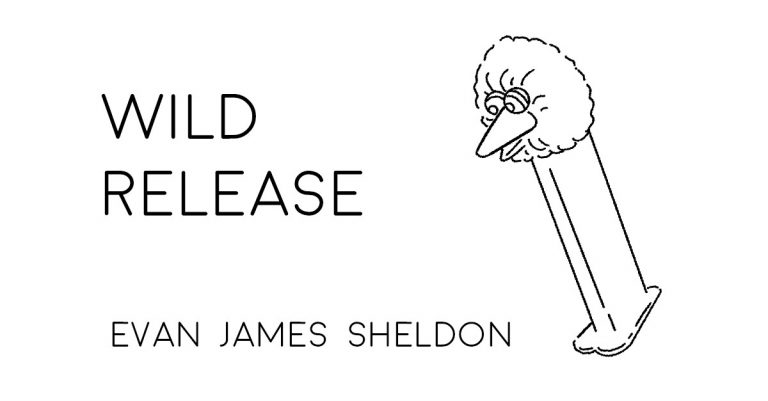 The ballroom was empty except for stacks of chairs along the walls and the man staring at the ceiling. With no one around him in that large space he looked very small. I waved my arms over my head but the man didn’t notice and kept on staring at the ceiling. He was off in his own world. I pulled out my weed pen, which most people mistook for a flash drive. Even though weed was now legal, I was still secretive. Learned furtive behavior from all my high school friends having misdemeanors for possession.  The Toy Voyager conference was 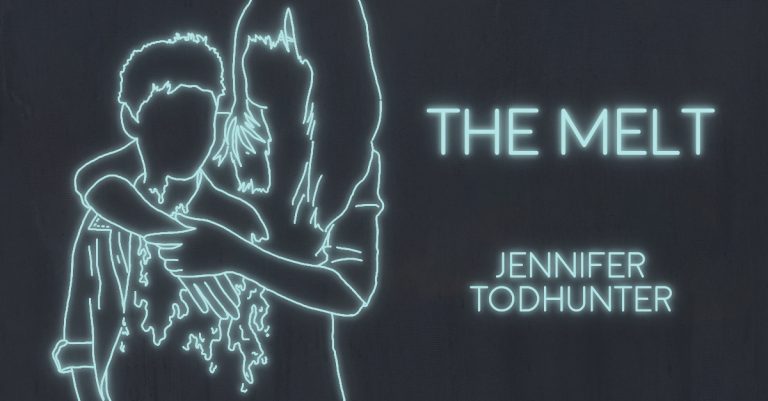 THE MELT by Jennifer Todhunter

My son doesn’t turn from solid to liquid or liquid to gas when the melt occurs. He remains in the same state physically, but mentally there is a shift. Heat has been applied in the form of my disappearing from his line of sight, or heading to the bonfire for a beer, or talking to a friend who is a guy who is not his dad, my ex. There is a fusion when the melt occurs, his person to my person, a shadow that follows me wherever I go, that demands we leave this instant, that cries as if I’ve 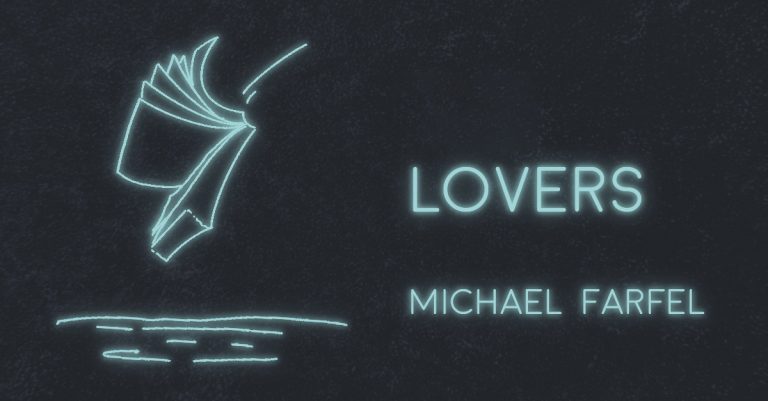 The two of them live in a small house that overlooks a somehow smaller lake. He has family money and neither of them have to work, but he finds meaning in his work (development—of what? we’re not quite sure) and she writes poems. The house is ancient and the rooms are cold.  They often lay in bed until long past midmorning, even sometimes past noon. They argue about who will make coffee, always finally decided by who has to pee first. It’s usually her. The house, which the locals say is as old as bones, is older. It is rickety 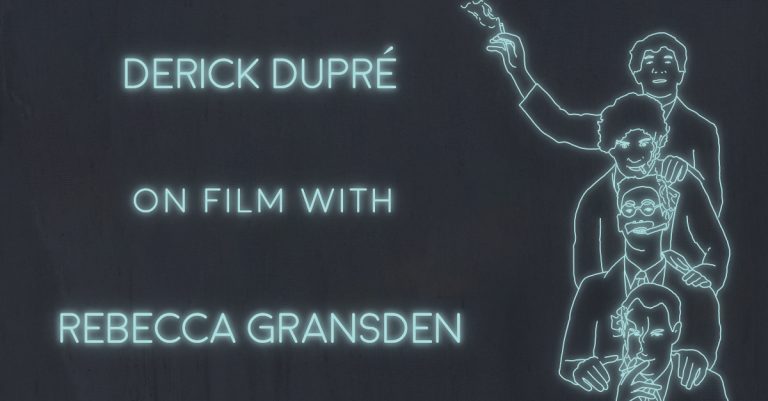 What film, or films, made the first deep impression on you? The first movie I bought that didn’t suck was Godard’s Breathless. I was eighteen and deeply into Joan of Arc and other stuff from the Kinsellaverse. I’d read somewhere that they were inspired by his work, so I thought I’d check him out. I went to a nearby Borders and browsed the racks. It was a crappy old edition where the special features were like, “Scene Access” and “Interactive Menus.” I loved it. Then I had the age 18-20 insufferably-into-Godard phase. I remember sort of bragging to my parents’ 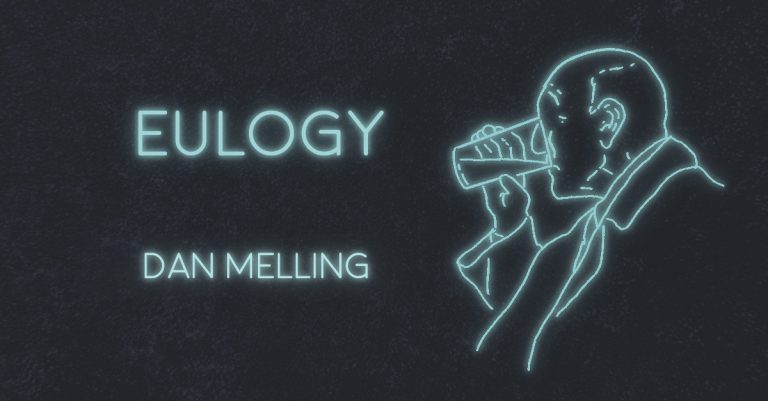 Derek came in sad-faced because Alastair’d died, said, Alastair’s dead, but I’ve not worked in seven months because the pub’s been closed, so I said, Who’s Alastair? Derek’s face got sadder, said Big Alastair, with the jewelry and I remembered him. He was a dickhead. I said, Oh yeah, and got Shelly over to talk to Derek, but Shelly wouldn’t care either. Alastair was a dickhead who always wore two watches and two thick gold chains and a ring on each finger and whistled when he wanted a pint and one time slapped a girl’s arse as she walked past. 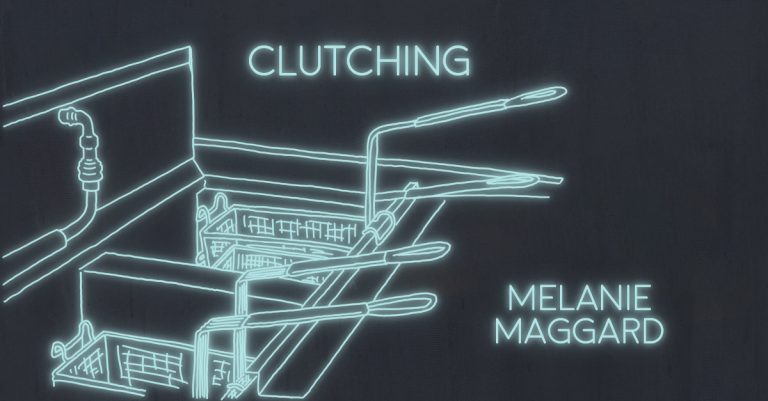 Maybe you’re off the highway, cleaning out the deep fryer at a bowling alley in a college town in Virginia, the alleged state for lovers. You’re a boy in jeans and a Fresh Prince t-shirt, a short apron splattered with an eagle rising from a pool of blood. Townies and good ol’ boys order deep-fried chicken wings, burgers, nachos with canned cheese sauce the color of cantaloupes. They heehaw, drunk on Buds and Jim Beam, high on the split they just picked up in the last frame. You cringe with each dropped “g,” but we’re all dying, anyway. You’ve dropped 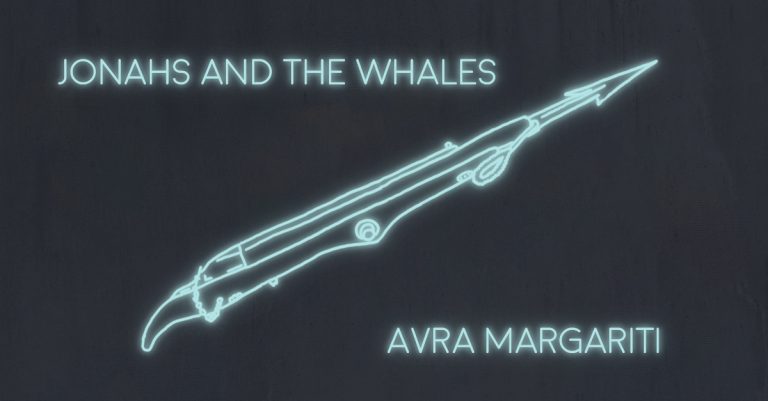 JONAHS AND THE WHALES by Avra Margariti

You tell me your father Jonah was eaten by a whale when you were a boy. Right before your eyes, you say. One moment you were fishing together in your old boat; the next, the beast breached, snatching your father between shadow-thin teeth as if he were bait. You had to row yourself back to shore. Your spindly arms took weeks to regain sensation. Your heart never did.   Is there a Jonah here? the delivery person asks as they hand me a loaded speargun wrapped in brown paper. Your name is also Jonah. The junior who will soon outlive the 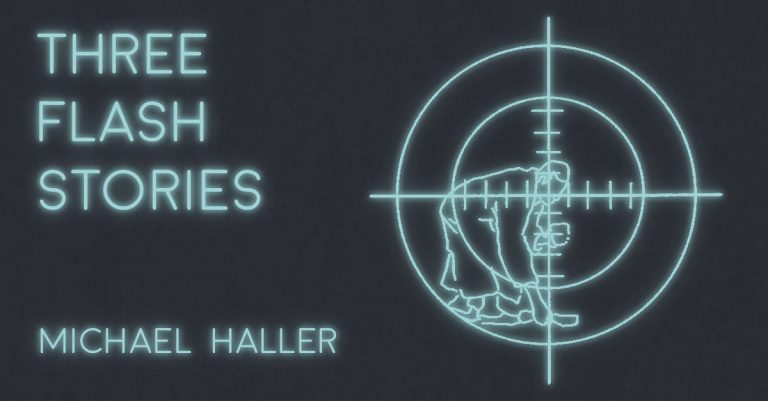 WORK   I answer a phone for the company. I sit behind a desk in a room and answer the telephone when it rings. When the telephone is not ringing I sit in my chair and wait for the phone to ring. When the phone rings I pick up the handset and listen to the voice on the other end, and when the voice is finished saying what it has to say I hang up and try not to think. Then the phone rings and I answer it. My boss tells me I am doing a splendid job, but I